“You talk too much,” said Till’s abductors. “That’s what I do,” said Till. “I talk.” Till was always sharing his observations, hopes, and dreams.

These were lines from “The Ballad of Emmett Till,” which was the first play in “The Till Trilogy,” written by Ifa Bayeza and directed by Talvin Wills at the Mosaic Theatre’s Benefit Weekend (October 7-8, 2022). During the weekend, Mosaic presented the world premiere of Bayeza’s work. The last performance is on November 20, 2022.

Till embodied youthful joy, vitality, wonder, and awe. He was a “Seeker.” He sought beauty and possibilities. He expressed raw, unadulterated, unbounded freedom. 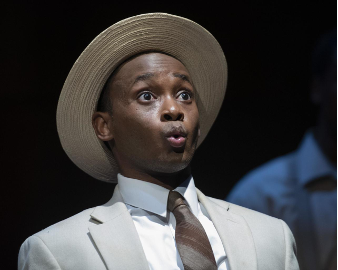 However, Till’s youthful innocence was too much for the Garden of Evil in the racist Jim Crow South in mid-1950s Mississippi. He exposed a cesspool as he unintentionally shined his light into the Garden of Southern Darkness. The Lords of Darkness tortured and killed him for that. They extinguished his light.

In “The Ballad of Emmett Till,” we discover Till and how, just by living, he challenged the existing social orders – southern and northern, black and white.

In “That Summer in Sumner,” the trial of Till’s killers exposed the depths of racism in the United States. We’re still reckoning with it. “Mississippi, God Damn!”

After watching “Summer,” we listened to the reflections and insights from Ifa. 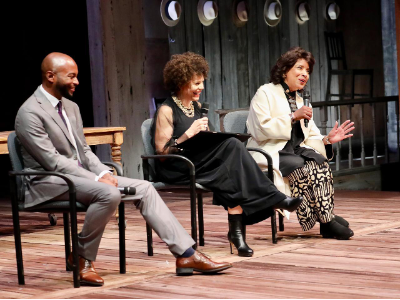 As part of this discussion, Mosaic’s artistic Director, Reginald Douglass, expressed his excitement about the Theatre staging “The Trilogy” and how the production fit within the Theatre’s mission of cultivating voices that unite us.

Ifa shared how important it was for her to honor Till’s life, death, and legacy. As one of Till’s family members, Dr. Marvel Parker, shared, she saw the plays continuing the work of Till’s mother to keep Till’s memory alive and to continue to fight for change. One of the young cousins who had traveled South (Rev. Wheeler) with Till was also there to view the plays.

The Honorary Benefit Chair, Phylicia Rasheed, said she would carry with her the image of Till as a “Seeker” and how his life beckons us to continue despite adversity.

One of Antonio Michael Woodward’s lines as Till continues to resonate with me is: “I can’t put my shoes on without my socks.” The 14-year-old Till uttered these words while being rustled out of his bed by his abductors. In the face of horror, Till was ever mindful of proper appearance.

Why would anyone want to torture and kill someone so innocent?

In “Benevolence,” we get a glimpse into what whites and blacks had to endure in the aftermath of Till’s murder and the acquittal of his killers. We’re still exposing and healing that trauma.

In between “Summer” and “Benevolence,” we ate dinner. 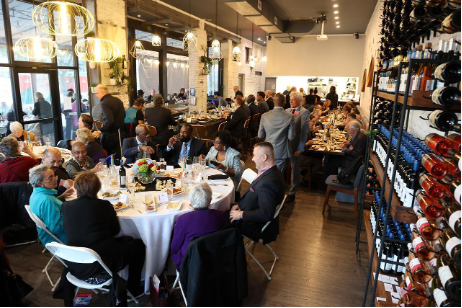 They “unalived” Till, but 67 years later, the Mosaic has revived his spirit.

I binged on live theatre as a guest of one of the Weekend’s sponsors, African Ancestry. I nourished my soul.

The weekend experience reminded me of the importance of “remembering” and Griot-like retelling our stories to honor our legacies by continuing the struggle to create a world where “free spirits” inspire rather than enrage and where we let our lights shine to remove “darkness” from the world. 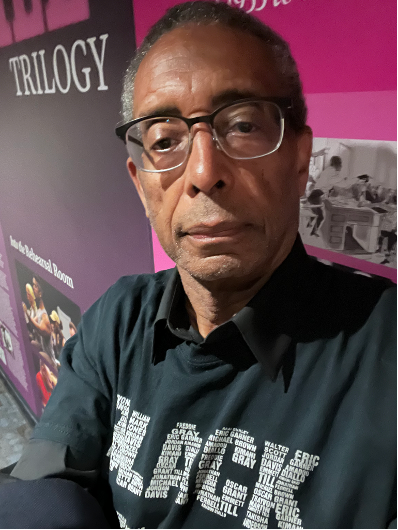